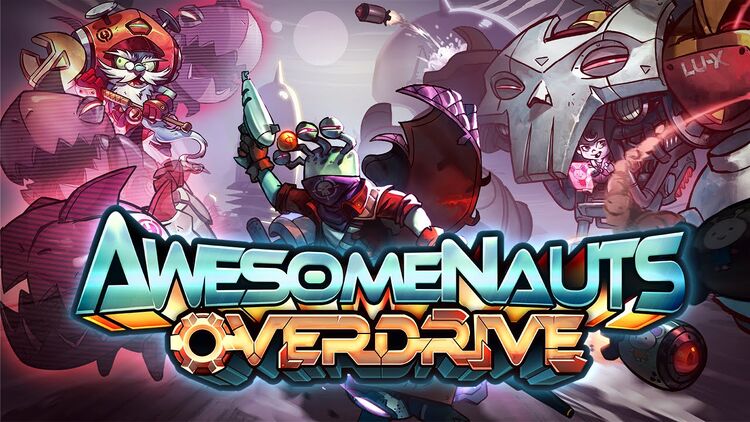 Are you ready to kick things into Overdrive? Good, because the Awesomenauts: Overdrive expansion is here! - Official Steam Store description

Awesomenauts: Overdrive is the seconded expansion for Awesomenauts, announced in December 21st 2015 and released March 2nd 2016. It is independent of the Starstorm expansion so it can be purchased separately.

This expansion contains four new Awesomenauts: Professor Milton Yoolip, Chucho Krokk, Jimmy And The Lux5000, and Max Focus. New features related to the expansion but free for all players are new matchmaking, the Experience and Leveling system, and a visual update to existing content.