At the heart of the milky way lies the Bovinion system, ruled by a semi intelligent cow-like species. Although technologically advanced to an acceptable level, these Bovinions have maintained a tribal form of society for several thousands of years. Until recent years, an age-old custom in this society was to scare young Bovinion calves with bogeyman stories about a scary cowboy. Naughty Bovinion calves would, as the story went, be caught by this cowboy's unrelenting lasso.

Recently, a wealthy Bovinion visionary opened up a park where visitors would come to see a genetically re-engineered cowboy in action. But disaster struck and the cowboy escaped his cage. Before the Bovinions could react the cowboy had wrangled the entire park staff. Terror shook the Bovinion civilization as the cowboy started to wrangle every single Bovinion on the planet! Suddenly the Bovinions found themselves out of their cities and wrangled into herds on green meadows by the whisky drinking, bucket spitting, yeeehaawing horror.

Once the entire Bovinion civilization had been wrangled, the cowboy, naming himself Sherriff Lonestar, rode a rocket ship into the sunset, his job complete. Now Sherriff Lonestar fights as a mercenary in the robot wars, combining his awesome cowboy-powers with high tech weaponry to earn some solar to spend on whisky and cigars.

Pull over buster! Freeze! The strong arm of the law has arrived and is gonna give you a ticket for looking horribly out of style in that old Cowboy attire! Your enemies will respect your authority if you upgrade your old Sheriff outfit with the new Officer Lonestar skin, and if they don't they'll be looking at four to five years in an intergalactic state penitentiary.It costs $2.49. 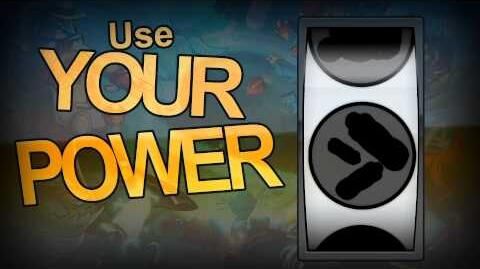